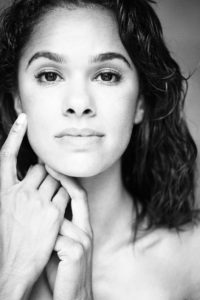 Join us at the second
Women’s Leadership Conference!

The event will feature a keynote session with Misty Copeland, as well as breakout sessions for personal and professional growth. Attendees are welcome to come and go as they wish.

Misty Copeland, acclaimed ballerina, will headline the event. Born in Kansas City, Mo., and raised in San Pedro, Calif., Misty began her ballet studies at the late age of 13. At 15, she won first place in the Music Center Spotlight Awards. She studied at the San Francisco Ballet School and American Ballet Theatre’s Summer Intensive on full scholarship and was declared ABT’s National Coca-Cola Scholar in 2000. Misty joined ABT’s Studio Company in September 2000, joined American Ballet Theatre as a member of the corps de ballet in April 2001, and in August 2007 became the company’s second African American female Soloist and the first in two decades. In August 2015, Misty was promoted to principal dancer, making her the first African American woman to ever be promoted to the position in the company’s 75-year history. She made her Broadway debut in the role of “Ivy Smith/Miss Turnstiles” with the critically acclaimed show, On The Town.

Tickets options are as follows:

Many thanks to our conference sponsors.

View all of our sponsorship opportunities here or contact us via email. if you have additional questions.

The Junior League of Baton Rouge is an organization of women committed to promoting voluntarism, developing the potential of women, and improving the community through the effective action and leadership of trained volunteers.